PrimeHub is a kubernetes-based multi-user machine learning platform. For multi-user requirements, we fully integrate with keycloak as the identity provider (IdP) solution.

Here is a high-level diagram of PrimeHub

PrimeHub in the core does not have its database. The persistence state is stored in the keycloak and the kubernetes cluster. 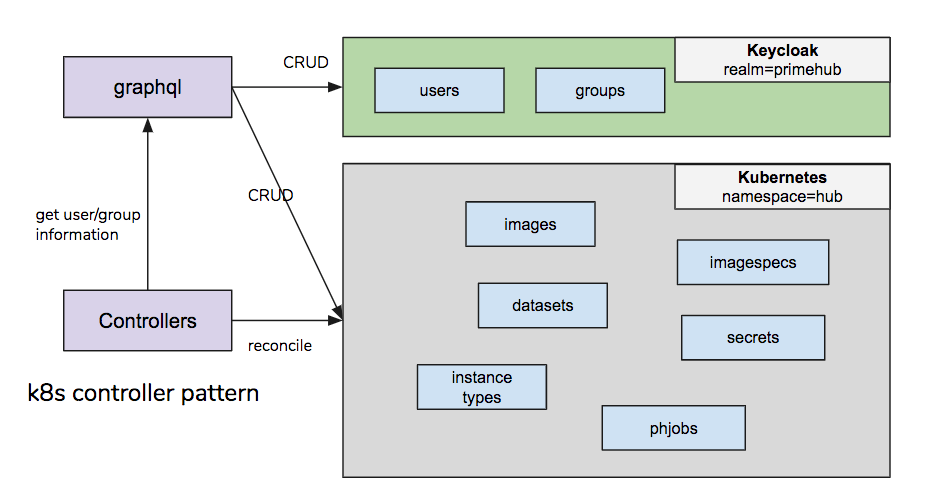 The data respectively are

In PrimeHub design, the common resources (e.g. image) can be associated with groups. There is a corresponding role of this resource defined in keycloak. And the relationship between resource and group is implemented by role binding. The following diagram depicts the relationship.