PrimeHub could support notebook images built from repo2docker tool, if an images had

Please install repo2docker tool, before you get started.

repo2docker is a tool to simplify building a jupyter-notebook based image without giving a Dockerfile. We could put configuration files to make it working with repo2docker.

In order to make it work on the PrimeHub, we need to add sudo package. It needs an apt.txt file with this content:

After adding sudo, it is time to build an image with jupyter-repo2docker

If the command will invoke docker to build an image, you could push the image to docker repository and register it on the PrimeHub.

Users should start a notebook built from repo2docker in Safe Mode, because it might have installed libraries in the $HOME. 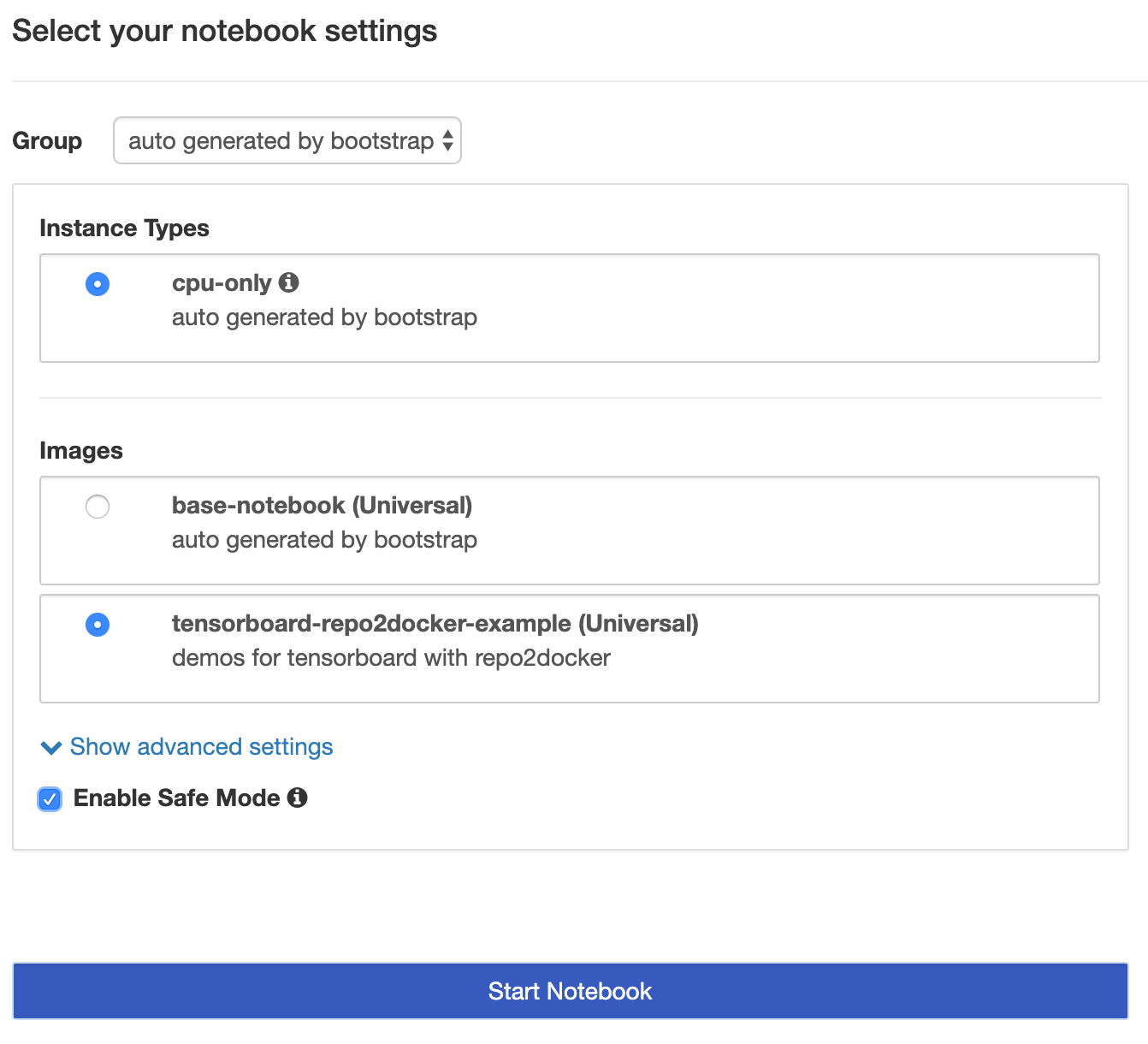